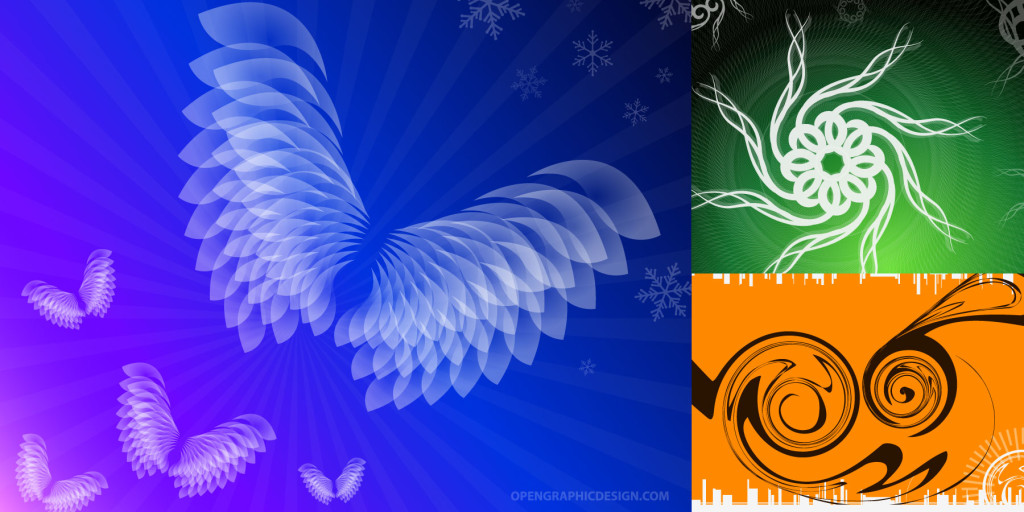 With the popularity of the first high-resolution vector wallpapers, I’ve created a second set, highlighting different effects, styles, treatments and design patterns. These wallpapers are highly customizable and scalable because they are created purely in vector art. I will try to explain what effects and graphics were used in each wallpaper and what the design though was behind each wallpaper. 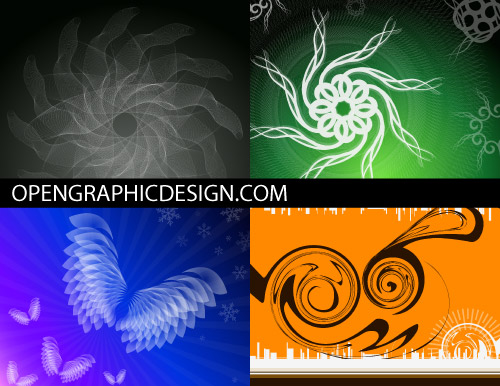 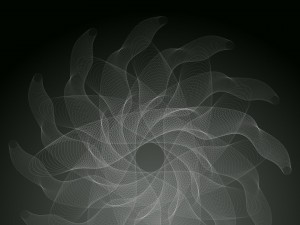 This graphic was created using a simple radial gradient in the background. Then, using Illustrator’s “blend tool”, I created a twisted tube object. I used this tube object as my primary design element and multiplied it using the copy-and-rotate tool. I rotated this object at 30 degrees, giving me a nice sun-looking object. Instead of centering this sun-object I decided to lower it just a bit, creating a different effect. I also modified thickness of the lines until I was happy with a final design. 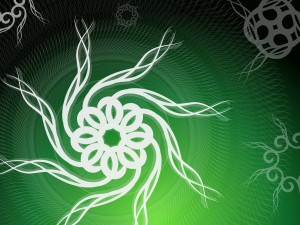 This background was created using a series of pre-existing designs. I used various pieces and design elements from the swirls graphics set. I separated a few design elements and rotated-and-copy them in order to create various circle patters. Some of these were rotated 4 times (90 degrees), others 8 times (45 degrees), and the large object in background was rotated 120 times (3 degrees). After creating the circle objects, it was just a matter of placing them in different sizes and using different transparencies. The green gradient background creates a nice surreal, vibrant effect. 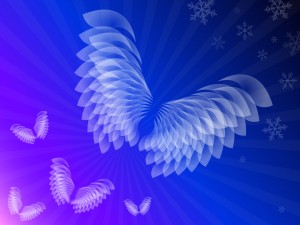 This vector background was created with the idea of using flying elements. These are not butterflies, or birds, but they look like they could be. The wings were created using a simple leaf/teardrop image and duplicating-and-rotating them several times, while using a transparency effect.  After the first butterfly object was crated, this object was copied multiple times and scaled-and-rotated, to create the flock effect.  The striped background and the snowflakes were borrowed from previous posts on OpenGraphicDesign.com. 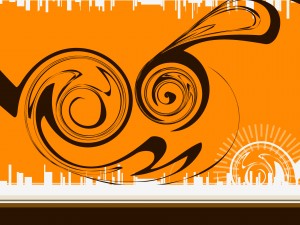 The idea behind this vector wallpaper was to create a techie-city-swirl design. Various elements on this set were taken from the hi-tech vector graphics set. The swirls were created using Adobe Illustrator’s “swirl tool”. This effect tool allows you to twirl any vector object freely, creating a very organic and distinct effect. I did a series of swirls, but only three of them made it to this set. Actually only two made it to this set, the white swirl object is just a copy of the larger swirl. The use of the orange and variations of orange was done to simply separate this background from the other sets. This wallpaper could have been any color. I think gray colors with subtle blue-ish tones work great for techie designs. Give it a try on your next design.

I hope you enjoyed these backgrounds and learning a bit behind the concept behind them. Download and open the vector files to see how they were created. Use your own elements, techniques and style to create your own variation. If you’re just starting graphic design, see if you can copy each of these exactly as they were created. 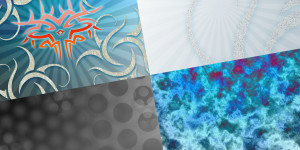 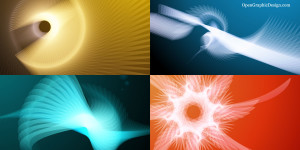 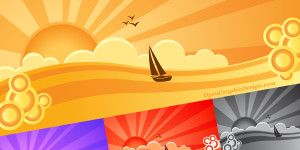 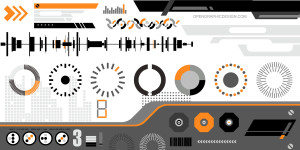 High-Tech Graphics (vector)
OpenGraphicDesign.com is registered and hosted on NameCheap.com.